Just in time for the Spring, the SCOPE SHOW returns to Houston!

Stay tuned because as the date nears, we will be announcing some surprises! 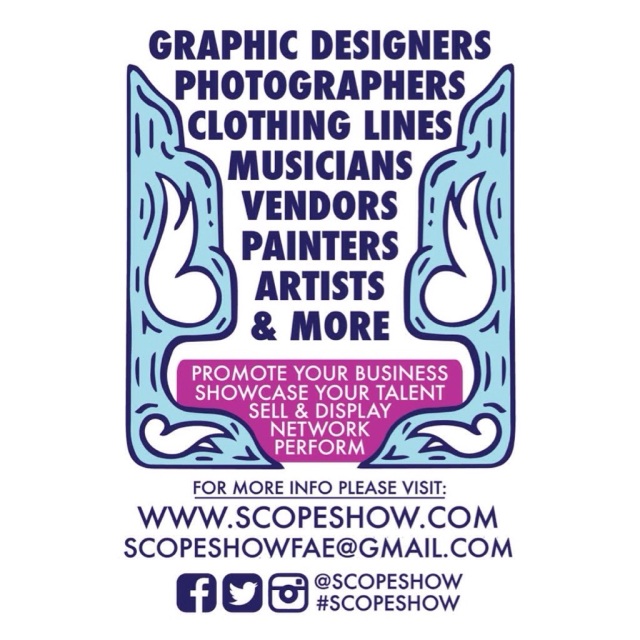 You know we love great events and only post the REAL! You know we rep Houston and especially got love for the Southeast! TONIGHT, SF2 will be in the building strong with our friends. Join us!

Bun B, RiFF RAFF, Fat Tony, and Bonbom Crew are coming to our old stomping grounds, the SOUTHEAST!! It all goes down at the Kingspoint Mullet TONIGHT! You know the spot, across from Almeda Mall west where we used to line up for kicks! !

Complimentary Brisk Bodega cocktails will be served all night! This alone is a great reason to attend!

You must RSVP for entry! http://www.briskbodega.com/rsvp

*Also, no bag check! Please leave your purses in your car. 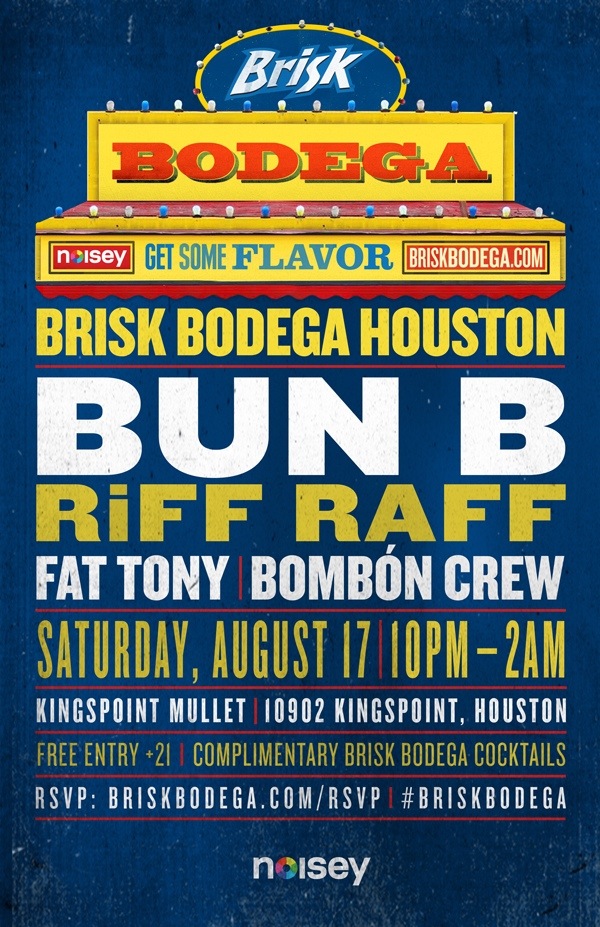 Boilerroom.TV in association with Pushermania and Scoremore, really put together one of the best vibed exclusive events that we have attended in a long time. To be honest, it reminded me a lot of our KICKBACK SUNDAYS platform! Warehouse Live was truly transformed into a very cool spot! There are too many names to mention here. You can see the video for yourself! This was the who’s who of the city’s Hip Hop rap community from legends like ESG all the way to underground artists! You had to be someone or be invited by someone who is someone!! Afterward, it was on to the Screw Shop! Check it out!!!

This recap was shot by @PeppaBoy. Much respect! Catch the entire feed of footage at Boilerroom.tv/Houston or just hit their twitter @boilerroomtv

A couple weeks back we had an in-store signing with the multi talented group, AER! A lot of fans stopped by to support the guys and get their latest CD as well as some photo ops! Here are just a few, hopefully we got you in one of these if you were there! Google these guys, check out their story and music. They were very humble guys who were very personable with their fans, and we like that! Catch them on tour with Hoodie Allen in a city near you!

In Store signing with AER in Houston at SF2 South

Everyone could use a breath of fresh AER, and on March 31st you can come soak it all in at SF2 SOUTH! Come meet the guys and enjoy some really good music. AER is on a 30 city tour with Hoodie Allen which stops thru Houston on March 31st. We are excited to welcome them to Houston with their first in-store event, something we pride ourselves on! Get up close and personal with these artists because the next time they visit Houston, you might be so lucky to see them like this!

Its our 3rd year having an Official SXSW Showcase and we are excited to kick off the week in Austin with a BANG!!!

The line-up is diverse with some real Heavy hitters and we have some special guests that will be in attendance! NO hints!

So come out and celebrate with us! Real talent from the SOUTH! 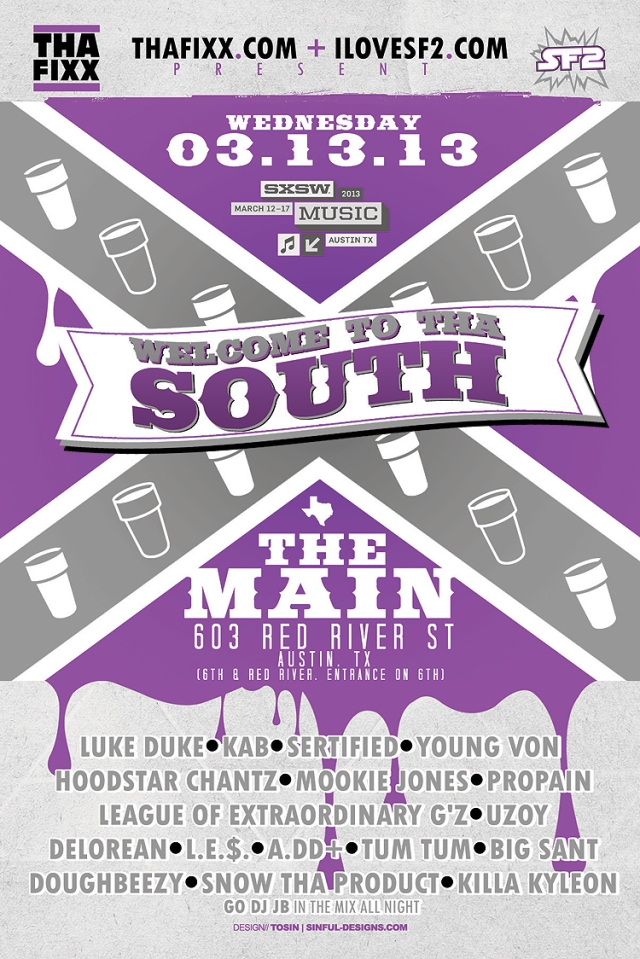 All Star Weekend was absolute madness in Houston. Everywhere you looked, there was an event with a celebrity and SF2 had its share of gatherings!

We teamed up with the fine folks at Flat Fitty Luxury headwear and Kickback Sundays to present a really cool event! A DJ exhibition and Cypher! SF2 was basically transformed into a Flat Fitty pop-up shop! As soon as the crowd hit the door, there was a display table of quality Flat Fitty hats and shirts. Plus tons of stickers, money clips, and promo giveaways. We even had our signature SF2 burst necklaces for those in attendance!

There were 2 local DJs ready to showcase skills, DJ Auditory and DJ Bananaz! Each had a 10 minute set to impress the crowd, because thats who needs to be moved and motivated! This was only an exhibition but there is always a little competitive feel to anything, even if its friendly competition! They both did a wonderful job, playing everything from Houston classics to dub-step, electronic and old school funk! It really was a party! Then you add the element of a freestyle rap cypher and its really about to go down! There were 4 rounds of cyphers with 5 artists in each and a final round to determine the winner, thats how its done with Kickback Sundays!

The winner of the final cypher was Young G a.k.a. Young General who won the crowd over quick with the clever punchlines and cool delivery. You’ll see for yourself in the video! Be on the lookout for Young G and Flat Fitty, 2 names you’ll be hearing more in the future with what we are doing!

Then the main attraction!!! Our Special Guest, The “worlds youngest DJ” – DJ BABY CHINO would be on deck to showcase his skills!!! Everyone was excited and anticipating something great and DJ Baby Chino delivered! Upon arrival, it was so packed at SF2 SOUTH, he could barely get through the crowd! Fans were taking pictures, getting autographs and this was before DJ Baby Chino did anything! We knew that people would be excited to see this little guy DJ, but nothing like this! Once DJ Baby Chino hit the tables, it was game over! He did it all, and he was on the mic urging the crowd to turn up because it was ALL STAR weekend in H-TOWN!

Check out the pics and video below! Special thanks to @220Gene, @thespiderman86 for the photos and video footage! 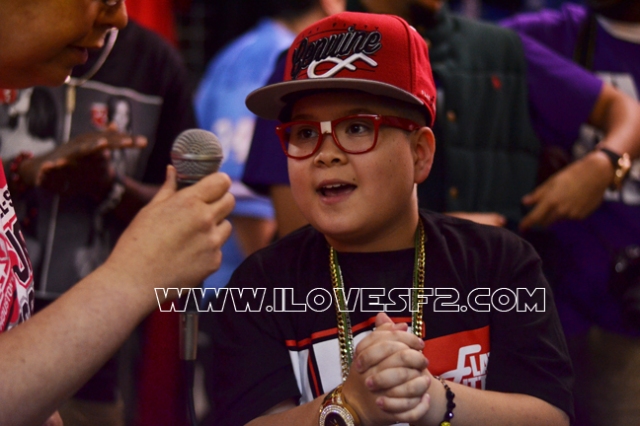 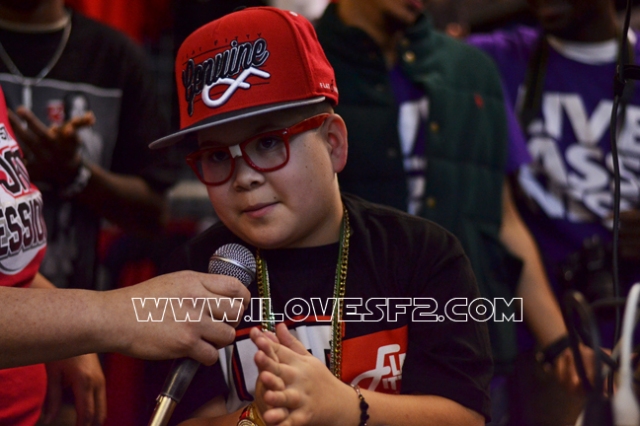 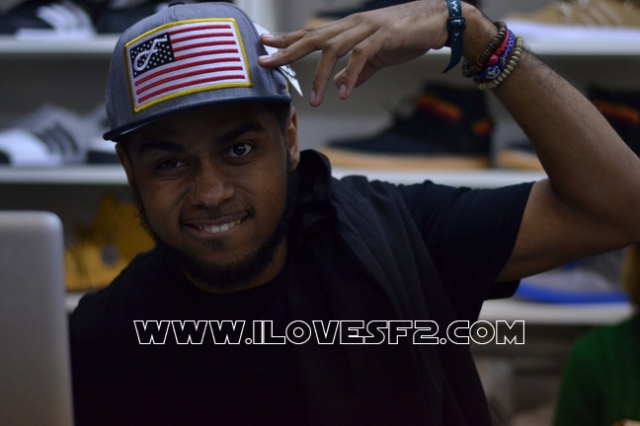 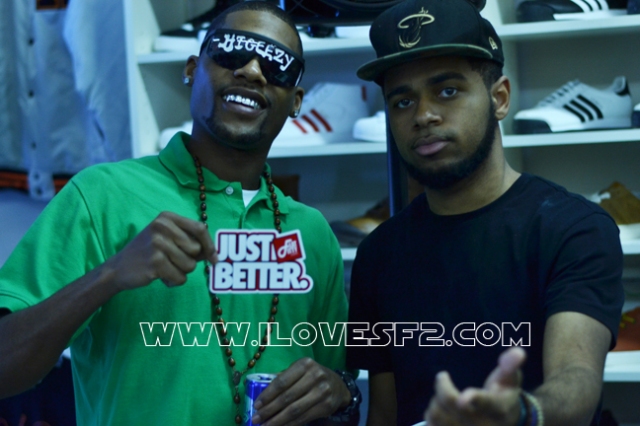 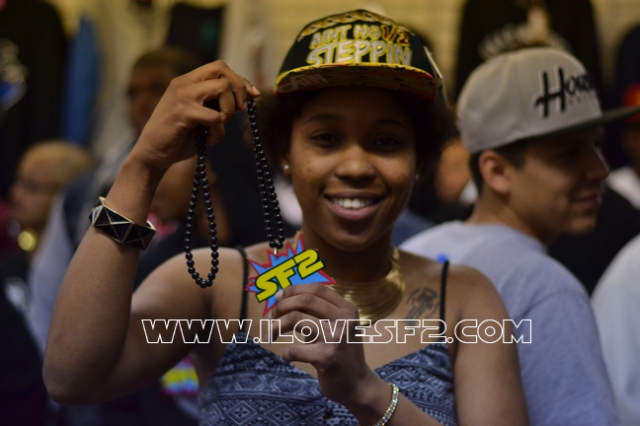 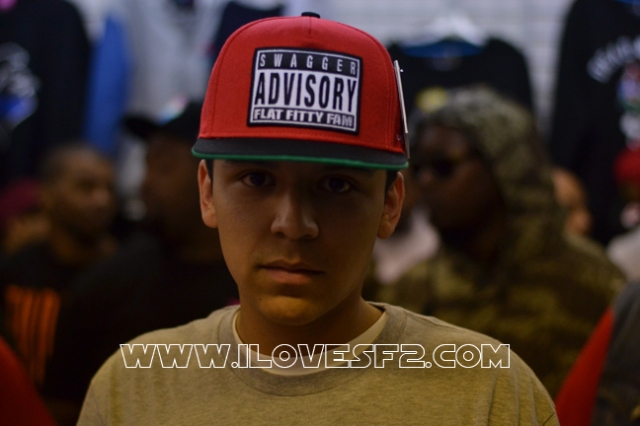 We have 2 MAJOR sales per year. This is the first one.

Join us in celebrating 7 years of being a retail staple in Houston by taking advantage of our anniversary sale of BUY 1 item at regular price and receive the second item for only $7!! Your eyes are not playing tricks on you, its really that simple!

We are releasing these hats TODAY (Feb. 13) at BOTH of our SF2 locations. We are limited to 12 per design so DO NOT SLEEP on these gems!

These are the Official designs from the Houston ALL STAR game in 1989! The price of the hats are $28.

**the red hat (not in the group picture) is an EXCLUSIVE piece. Early release at SF2 only. 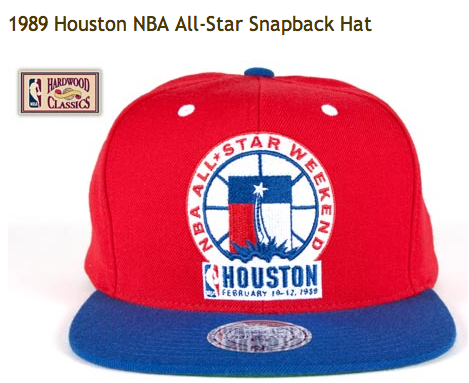 ALL STAR Weekend is approaching and FLUD watches has something special for Houston!! The Official launch of 3 exclusive watch collabs at SF2 South!

These will be sold exclusively at SF2. The watches are only $69! For that price, you might want to buy the collection!

The first watch is the Official NBA All Star 2013 watch that comes in 2 color ways (black and white). This is a limited edition release and is sure to be a collectors item.

The second watch is the Official Bun B TRILL watch that comes is 1 color way (red). This is a limited release as well, and anyone who knows what it means to be “TRILL” will definitely want this piece in their collection. You might even be so fortunate to have the OG himself autograph it since he will be making an appearance.

The third watch is the Official H-Town Sneaker Summit watch that comes in 1 color way. Recently rated the #1 sneaker event in the world by Complex Magazine, this is a must have for any sneaker enthusiast.

There will be a limited amount of watches for sale this Saturday, Feb 16th EXCLUSIVELY at SF2 South from 11am – 1pm.

Come celebrate with us! Early arrival is suggested! 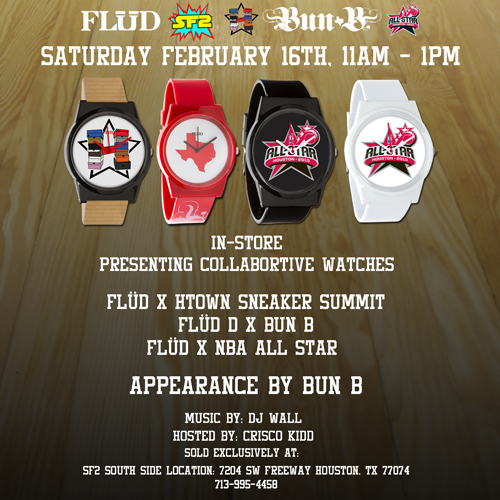